Catwoman is a fictional DC based comic book character who is often associated with the popular superhero Batman. She has always been synonymous with being a sly, sensuous feline that always gets what she wants, often by breaking the law. Catwoman garnered the attention of her nemesis Batman, who always seems to find a way to try and change her. Even though she was considered a villain in the earlier Batman series, at first she never really committed any real crimes. She was actually more of a loving character when compared to villains like the Joker or The Riddler. During different time periods from inception, Catwoman’s character would be revamped and changed including her image and the types of crimes she involved herself in.

Introduced in the early 1940’s as “The Cat” she was fearless in her pursuits as she became a jewelry thief, burglar, and committed other petty crimes. Batman seemed to form an attraction for her even when he was in hot pursuit of her. Catwoman seemed to “conveniently” escape the grips of Batman after she has pulled off a caper. Catwoman is an alias as her real name is Selina Kyle, who grew up with rough beginnings. Her parents were less concerned with her existence, her mother instead surrounding herself with cats and her father who was lacking in parental guidance as he was a constant drunk. As she blossoms into a young lady, she resorts to a life of prostitution during the day and at night lived a night of crime garnering her name cat woman. She would steal priceless gems from museums, expensive homes from the planet Earth One.During the early ages of the catwoman character, Selina was a stewardess who was injured in a plane crash after being hit on the head by debris. She claims to have suffered from amnesia and because of this it led to a life of crime. Catwoman and Batman would always cross paths both unaware of each others identity. She was often affectionate to Batman and would find herself saving him from imminent doom. During this time she eventually become reformed and didn’t involve herself in the crime circuit. It’s later revealed that she used the amnesia story as a cover up for her crimes. Selina stays crime free for many years only to fall back into the same patterns she was once accustomed to.

As her character was reprised during the later years, around the 1950’s, her character flaws were those of a murderer, even though she wasn’t a murderer in her previous years. The stories takes place on Earth Two which is a direct contrast to where she previously lived on planet Earth One. She made various appearances in the Batman comics during this time. During the modern years in the late 1980s and beyond, Catwoman’s beginnings included a harsh childhood where she is shipped around from orphanage to a juvenile hall. Her agenda is to expose the hall’s administration for corruption and is almost killed because of it. She is resilient and survives and steals documents reflecting embezzling and other crimes. She blackmails one of the administrators in exchange for them erasing Selina’s troubled record. While she’s stealing the sensitive documents she steals the diamond necklace of one the staff members and runs away. This is the beginning of her life of crime as a local woman in the neighborhood takes her in, teaching her how to steal. As she got older she still lived a life rife with prostitution, eventually taking in a young runaway girl named Holly Robinson. Holly looked up to Catwoman but she didn’t want Holly to follow in her footsteps. Catwoman’s life as a burglar was different in that she was compared to a Robin Hood of sorts giving to the less fortunate. She is in an abusive relationship with her pimp Stan who eventually kidnaps her sister Maggie who leads a life opposite of Catwoman. Her sister is constantly abused under Stan’s watch and Catwoman saves the day by rescuing her sister and killing Stan. She gets away with it and she can be seen donning a purple fitted cat suit, carrying a whip that would later become her iconic accessory. During the years when Catwoman was made into a series in the late 1980’s, early 1990’s, she moved to New York City and secured a position at Randolph Industries where she would secure the position of CEO. Threatening to blackmail her counterparts, she plans to run for mayor but those plans were crushed when her enemy the Trickster tells the public about her connection to her alter ego. After her hopes are dashed, she returns back to Gotham City to help Batman against Lex Luthor, only to be arrested by Commissioner Gordon. She escapes from prison during a bloody confrontation and it’s assumed that she died at the end of the series. In the early 2000’s Catwoman appeared sporadically in various back stories which brought about a new series of comics where she has an on and off again relationship with Batman. He trusts her enough to reveal his true identity to her as Bruce Wayne. The relationship doesn’t last long and he ends it abruptly. Their relationship eventually ends up with Catwoman giving birth to their daughter Helena. Catwoman changes her ways once and for all and falls into the background focusing on raising her baby. Holly, the girl she took under her wing early on takes on the moniker of Catwoman. In later years, Catwoman made her big screen debut which was played by Halle Berry. She achieves her cat powers from an Egyptian cat after being murdered. She seeks vengeance against those who attempted to take her life. There is a video game based off of the movie, where players interact with various characters from the movie. Catwoman has daring moves, leaping across buildings, scaling walls and jumping on her prey all while using her keen cat senses. Players can use her signature whip to capture enemies or knock them unconscious. The game is available on Playstation 2, XBox, Gamecube, Gameboy Advance and Windows. 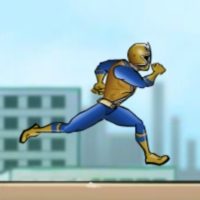 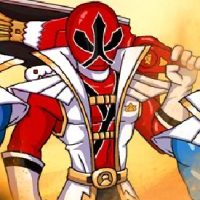 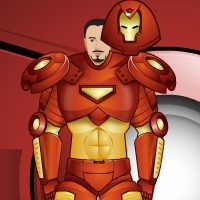 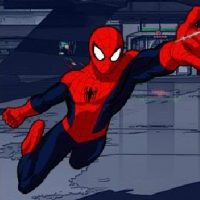 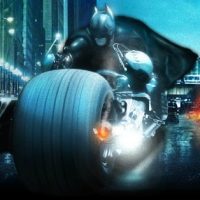 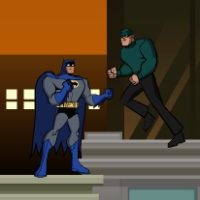